comment supprimer elite rencontre Tornadic activity across the United States has been in a lull for the first two months of 2019. There have been a few minor episodes of severe weather over mainly the Gulf Coast states. Most notably were a few strong tornadoes that hit Mississippi and Alabama a week ago and caused quite the stir in the storm chasing community.

As of 11:00 P.M. we are looking at at least 31 tornado reports. Reports at this time frame are usually erroneous, but we can see a couple obvious hot beds of tornadic activity from this afternoon's outbreak. The greatest concentration of activity was focused along an east/west orientated warm front that stretched roughly from Montgomery, AL through Macon, GA.

What really surprises me about today was the relative quantity of pessimism from chasers, enthusiasts, and some meteorologists. I am not sure if it was recency bias or not totally understanding the environment. Today looked primed for some tornadoes and certainly numerous supercells along the warm front as well as the warm sector. Of greatest concern in the short term was the relative lack of boundary layer instability along the warm front. I think the Storm Prediction Center knocked the ball out of the park today with their forecast and mesoscale updates. They've come under fire of late due to their inconsistent and sometimes confusing outlooks, but today none of that was evident. The microscale updates that detailed experimental tornado strength definitely was a nice touch. I look forward to seeing that continue through the remainder of the year. Hopefully it becomes fully operational and reliable.

For the second straight event down south, chaser behavior was talked about. The first event, a well-known group of chasers placed a tornado probe directly in the path of a strong tornado. While this sounds like it would be a scientific breakthrough, much of the attention was focused on the fact that they were also caught directly in the center of the tornado. The video was very entertaining and definitely caused praise by the hardened chaser. While others scoffed at the idea and berated these chasers for being irresponsible and putting themselves at risk. These guys knew what they were doing and took a chance. I can't fault them for being irresponsible and not having the educated decision to avoid that situation. I am not going to sit here and say what they should or shouldn't have done. I guarantee you they don't care whether I approve or disapprove.

Today, a well-known chaser posted video of some pretty egregious behavior on the roadways as well as some controversial decisions to refuse to stop and render aid. Here we go, chaser police. Nah, I am not going to down that path. I will say if you can't keep your eyes on the road while multitasking and it causes you to veer into oncoming traffic for several extended periods of time, you should not be driving and stick to sitting shotgun. At one instance, oncoming traffic had to flash their brights at the driver to alert them they were there. It could also be argued that they flashed the brights to alert them of the large tornado less than a mile up the road. Bottom line is if you post video of dumb behavior, be prepared to get some flak for it.

The biggest piece of controversy was this same chaser reaching a very heavily damaged area, videoing it, and then narrating he needed to catch back up to the storm without rendering any type of aid. Same what you will about moral obligations or what you feel storm chasing should be like. I was annoyed when watching the video because this very same chaser has rendered aid in the past. It was always questioned whether he rendered aid because he cared or because of the sensationalism involved. While being annoyed was because I personally would've acted different, I realize that storm chasers do not have to stop their chase for any reason. There is no written rule or law saying you need to do anything with regard to running up to a demolished home and potentially put themselves at risk. While the move was unpopular by many, it was also a decision that many non-chasers also make on a day to day basis when driving by an accident scene or watching a person fall. Storm chasers are not all that special and shouldn't be held to a higher standard because many people out there live by the fallacy that they're doing it to save lives.  The bottom line is chase how you want to chase, render aid or don't, but please stop driving like a jackass.

What we in the weather community need to get better with is understanding how and more importantly why people are not getting the warning that destructive weather is on it's the way. I have seen several different people posting photos and gifs of the Lee County supercell and making comments like "typical southeast" or "nothing like a violent supercell embedded in a stratiform rain shield." I need to remind myself that I don't know the element down there. I don't know the local methodologies or idealisms on severe weather. I know Illinois and the Great Lakes/Midwest. I want to attempt to understand how and why we have several people still caught off guard during severe weather events down in the Deep South. Some of the things that I can infer is it doesn't "feel" like a severe weather day. The environment near the most violent tornado was deceptively primed for high-end severe weather. While low-level lapse rates and low-level CAPE lacked, the effective shear was off the charts. It wasn't a case of if storms would form, but would they be able to utilize the marginal low levels. For a while, the Lee Co supercell struggled. It had a very strong mid-level meso, but the lowest levels just couldn't get their act together. It wasn't until near Tuskegee where the effective warm sector was able to interact with the boundary riding supercell and tornadogenesis occurred almost immediately. There is something to be said about how stratiform rain modifies the local environment as well. A general perception up here is that if the day is grungy and murky that there won't be enough "heat" for storms to develop. When people hear for days that severe weather is likely, but the temperature is stuck in the 60's that is caused to let the guard down. I think a lot can be learned an invested in these advection type events and how to effectively communicate that to the general public.

Another concern when reading through social media comments is the relative lack of situation awareness by people event 10 miles outside the tornado path. I have a pretty wide following and the people that follow me are connected with others across the country. A few people tagged me in posts to their loved ones down in the hardest hit area and the split consensus was either "yeah, it's really bad here" or "wow, I had no idea!" There was one woman in particular that lived on the southern side of Auburn saying she had the television on all day and didn't even know bad weather was predicted and that a violent, high-end tornado struck within a 10-minute drive from her home. If you live in Alabama, the weather is a big deal. James Spann is literally the Michael Jordan of weather broadcasting in that region. How disconnected does a person have to be to not recognize the threat of severe weather for literally the three days preceding the event. Alabamans are accustomed to severe weather, but the area of the state impacted today was not hit as hard by the Super Outbreak of 2011. I am not sure what any of those factors played into the decisions many made to not abandon their mobile homes, but simply accepting the notion that it's Alabama and people are going to die in tornadoes there needs to be solved sooner rather than later. 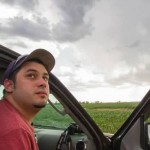